Anna was born and raised in El Paso, Texas.  She then moved to Houston for 23 years.  After her first grandchild was born, moved to Austin, TX.  She has one daughter and son-in-law and two grandchildren.

Fun facts:  Loves cycling and rides 100 miles every year in June to raise money for the Great Cycle Challenge which profits children’s cancer research.  Enjoys grilling for family and friends.

“Rejoice always.  Pray without ceasing.  In all circumstances give thanks, for this is the will of God for you in Christ Jesus.” 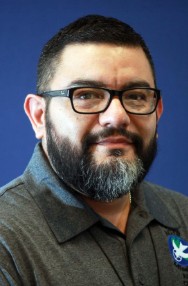 Joseph was born in Seguin, TX but has lived in Austin for many years. He is married to Micaela and has four children, one in the Marines, and one at St. Edward’s University.

First ACTS Retreat and Service -was in December 2007 with Our Lady of Guadalupe and has been a part of ACTS to this very day.  He has served on numerous Parish and Missioning Retreat teams.  He has served as Adult Teen Director, Facilitator of OLG CORE Team and has been on ACTS Mission Austin Chapter for six months.

Fun Facts:  Loves to go fishing and cookouts with friends and family.  He designs and prints Homecoming Teen ACTS shirts every year for his parish, donating his time and talent.

Favorite Scripture:  Peter 5:5  “Clothe yourself with humility in your dealings with one another, for God opposes the proud but bestows favor on the humble.” 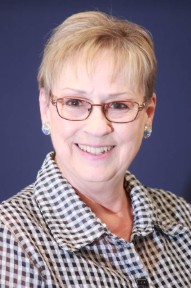 Debbie is a fourth generation Texan, born in Perryton, TX.   She is a Catholic convert who has two children and nine grandchildren.

First ACTS Retreat and service – Holy Spirit Catholic Church (San Antonio) in May of 2011.  Has served as Director, Co-Director and on various leads on both services and ministries.  Has served on three missioning teams; Bastrop, Hawaii and Kentucky as well as the St Louis Core team.  Currently treasurer in her second year of the ACTS Missions-Austin Chapter.

Fun Facts:  Can play piano, violin and flute – but don’t ask her to do that now!

Favorite Scripture  Matthew 6:33 – “But seek first the kingdom of God and his righteousness, and all these things will added to you.” 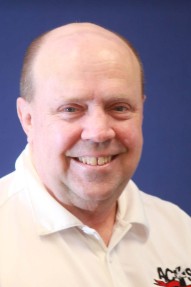 David was born in San Antonio but came to Austin in 1953. He has been married for 43 years and has 5 grandkids.

First ACTS Retreat and Services in 2014 with St. Elizabeth of Hungary.  Has served on five different Parish based or Mission teams since then.  Has been on ACTS Mission Austin Chapter for one year.  David serves as a Minister of Holy Communion at St. William along with taking Holy Communion to the homebound.  He also volunteers at the Sacred Heart Community Clinic.

Favorite Saint:   St. Anthony of Padua because I am always losing things.  He has always come through!

“The Lord is my shepherd, I shall not want.” 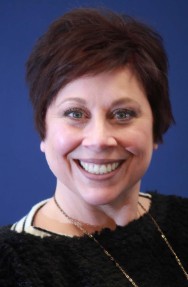 Cinamon was born and raised in Texas.  She has been blessed with a wonderful husband, four wonderful kids and four granddaughters.

First ACTS Retreat and Service:  St. Mary’s in West in 2010.  Enjoys spending time with her family and volunteers at Christ the King teaching RE and on the Welcoming Committee of her Parish.  Has served on ACTS Missions Austin Chapter for one year.

“For I know the places I have for you, says the Lord, plans to prosper you and not to harm you, plans to give you hope and future. 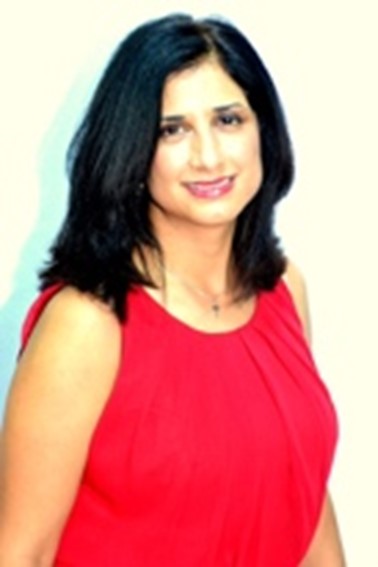 Diane was raised in Rogers, Texas. She then moved to Austin area for 30 years. She is married to Richard Drane and has one son. She retired from the University of Texas at Austin in December 2019 with 30 years.
She is currently working part time at St Elizabeth.

Fun Facts: She loves taking road trips with her husband. Loves having fellowship with neighbors.

Favorite Saint:  St. Mary because she answers her prayers.

Favorite Scripture:  Isaiah 12:2-3
“God indeed is my savior; I am confident and unafraid. My strength and my courage is the Lord, and he has been my savior.” 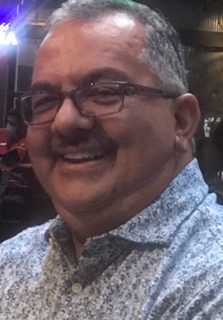 First ACTS Retreat and Service:    2013 first ACTS retreat; 2014 on two teams one as Co-Director; 2015-17 on St. Louis Core team as Co-Facilitator, events coordinator and Spiritual coordinator; 2018-20 served on three mission teams at St. Stephens/Salado, St. Albert’s, and St. Ignatius/Austin where he was Director.

Fun Facts: He enjoys F1, Nascar and other racing events. He is a volunteer at COTA for the past six years for many major events.

Favorite Scripture:  ACTS 20;24
“Yet I consider life of no importance to me me, if only I may finish my course and the ministry that I received from the lord Jesus, to bear witness to the gospel of God’s grace.”

First ACTS Retreat and Service:  In 2011 at St. Elizabeth of Hungary. Has served on various teams as a lead, Co-Director, Spiritual Companion and Director. She is currently involved in various ministries in her parish including Ladies Club and Ladies Auxiliary. She has served with her husband in RCIA when he was the director, led the English prayer group and worked in the Parish office.

Fun Facts: She taught herself to refurbish furniture and to make wreaths and enjoys DIY interior decorating in her spare time. She would love to learn how to fly fish one day. 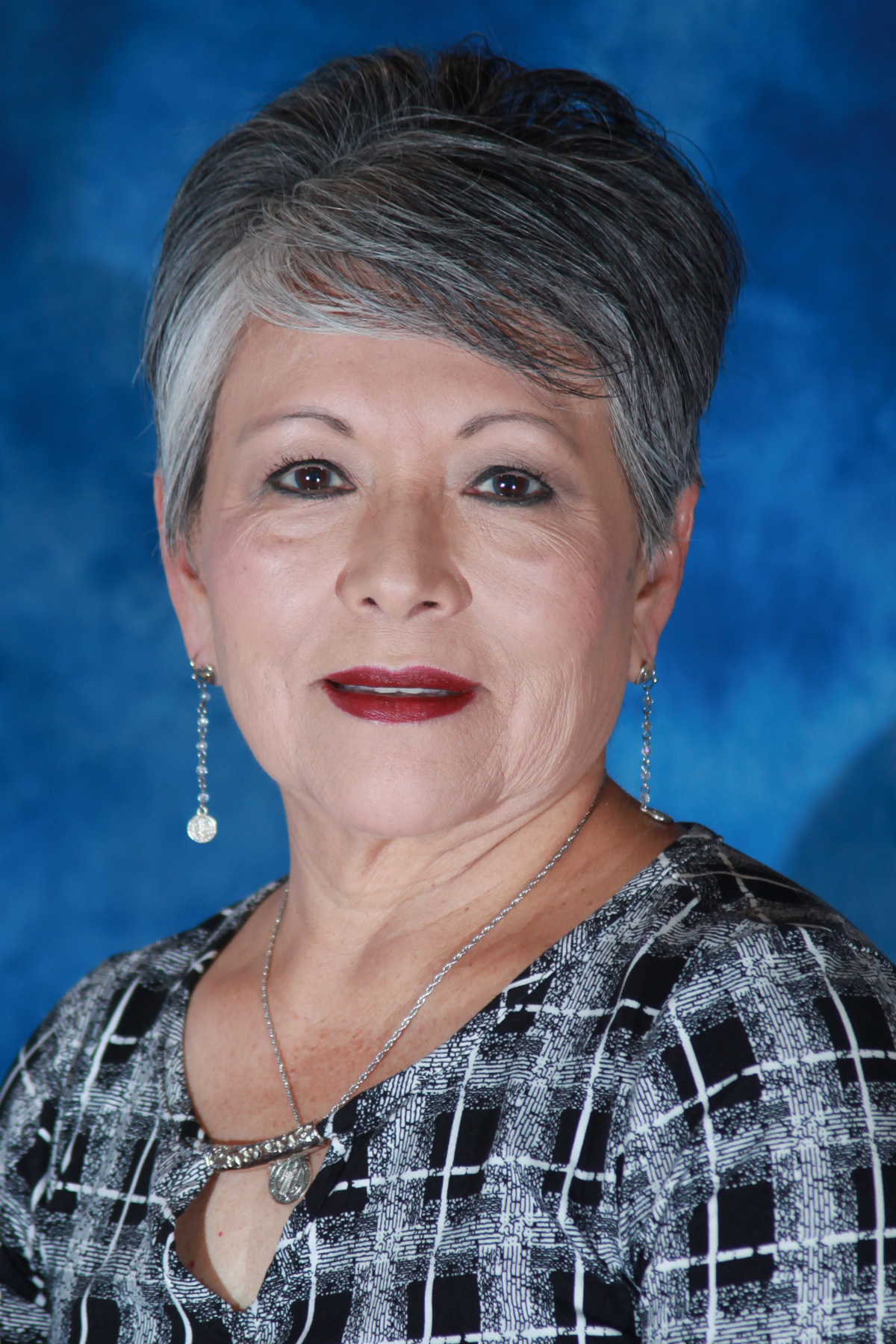 Monica was born in Huntsville but lived in many small towns in Texas.  She graduated from Southwest Texas State University with a degree in Elementary Education. She taught for 31 years in Austin ISD and retired in 2010. She has been married to Mike Primrose for 42 years.  They have two children and three grandchildren.

First ACTS Retreat and Service:  Her first retreat was at St. Anthony Marie de Claret in March 2006. She has served as a lead in all services and most ministries, and has served as  a Director, Co-Director and Spiritual Companion. The last twelve, years she has served exclusively on Mission teams in the Austin Diocese (St. Catherine, St. Louis, St. Luke’s in Temple, Ascension in Bastrop, St. Ignatius) and to Kentucky, Oregon and Hawaii. She is also a Spiritual Director in the Diocese of Austin.

Fun Facts: She is an avid quilter, enjoys machine embroidery and loves making prayer blankets for the sick. She enjoys camping with her family and enjoys playing games like Mexican Train, Sequence and cards.

Favorite Scripture:  Proverbs 3:5-6
“Trust in the Lord with all your heart, lean not on your own understanding. ” 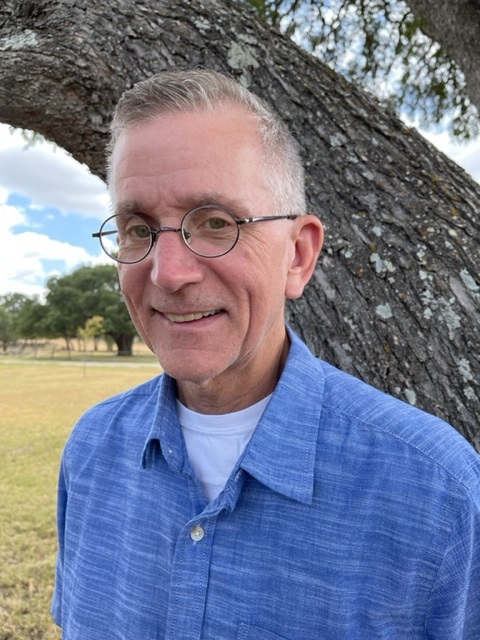 Craig was born in Baltimore, MD and raised in Boston, MA. He moved to Texas in 2007 and now resides in Driftwood, TX. Craig is happily married and has two teenagers — a son and a daughter.

First ACTS Retreat and Service: St. Catherine of Siena, Austin, TX in 2015. Has served as the lead on various ministries and services, was an ACTS Team Director, and has been a Facilitator, Co-Facilitator, and Communications Lead for St. Catherine’s Core Team. Joined ACTS Missions-Austin Chapter in July 2022.

Fun Facts: Loves coffee and Christmas! Converted to Catholicism after exploring many options (including some denominations until he found out they forbid coffee!). Avid Patriots, Bruins, and Red Sox fan. Enjoys running even in the Texas heat.

Favorite Saint: St. Patrick (was married in St. Patrick’s Church in Boston, named his son Patrick, and chose Patrick as his confirmation name).

Born in Denver Colorado, enlisted in the U. S. Marine Corps in 1975 for 8 years. Married in 1981 with 3 lovely daughters and 10 grandchildren. Several years after divorced, I entered the seminary at the age of 47 and was ordained to the Priesthood in 2010 at the age of 52. Presently the Pastor at St. John and St. Mary Parish’s in Fayetteville, Texas.

First ACTS Retreat and Service:  First ACTS retreat was as an Associate Pastor at St. Ellizabeth Parish in Pflugerville. I have been involve in about 12 ACTS retreats for men and women.

Favorite Scripture: Ecclesiasticus 2:1-9
“My child, if you aspire to serve the Lord, prepare yourself for an ordeal. Be sincere of heart, be steadfast, and do not be alarmed when disaster comes. Cling to him and do not leave him, so that you may be honored at the end of your days. Whatever happens to you, accept it, and in the uncertainties of your humble state, be patient, since gold is tested in the fire, and the chosen in the furnace of humiliation. Trust him and he will uphold you, follow a straight path and hope in him. You who fear the Lord, wait for his mercy; do not turn aside, for fear you fall. You who fear the Lord, trust him, and you will not be robbed of your reward. You who fear the Lord, hope for hose good gifts of his, everlasting joy and mercy.”